Maharishi Patanjali is the father of Yoga, who compiled 195 yoga sutras that became the foundation of yoga philosophy. Numerous saints have been credited for their exemplary work of creating awareness about yoga across the Globe. 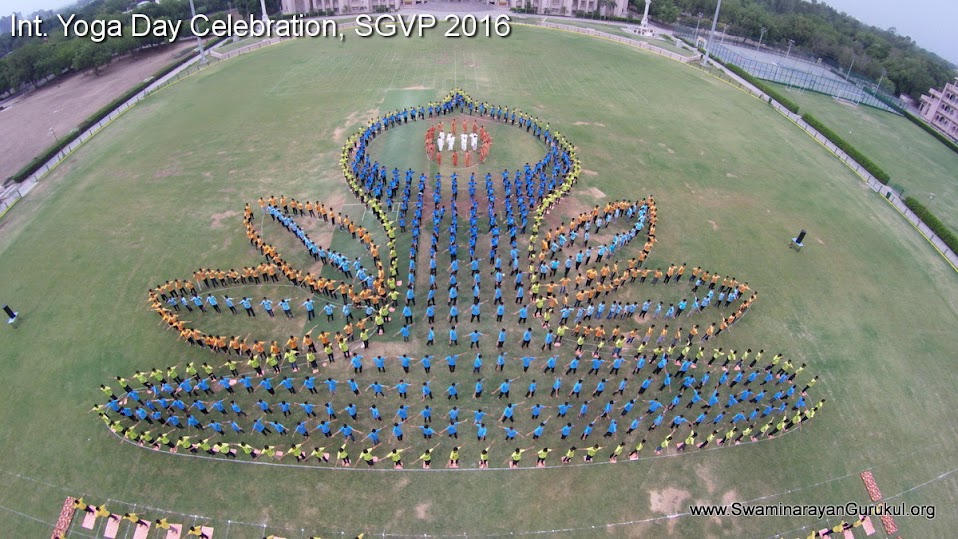 With the inspiration of Sadguruvarya Swami Shree Madhavpriyadasji and under the guidance of Purani Shree Balkrishnadasji Swami, SGVP Gurukul Parivar celebrated the International YogaD for two consecutive days i.e. 20th and 21st June 2016. By combining scientific temper with ancient methodology, students were encouraged to depict 12 different postures of Surya Namaskar at Hriday Kutir which is a very sacred place, full of positive vibes and has a serene environment.

Yoga is introduced in the curriculum at SGVP to increase the energy levels of the students and to understand its spiritual significance. Nearly 2000 students participated in this mega event along with teaching and non-teaching staff. The students of Darshanam Sanskrit Sansthanam (DSS), Gurukul Ahmedabad and Gurukul Droneshwar, also participated in this mega event. Pujya Swamiji graced the event form his UK Satsang Yatra, with telephonic blessings.

SGVP Gurukul Parivar not only believes in imparting quality education but also trains the students for their overall holistic development. The serene campus witnesses a truly flamboyant spiritual fervour. 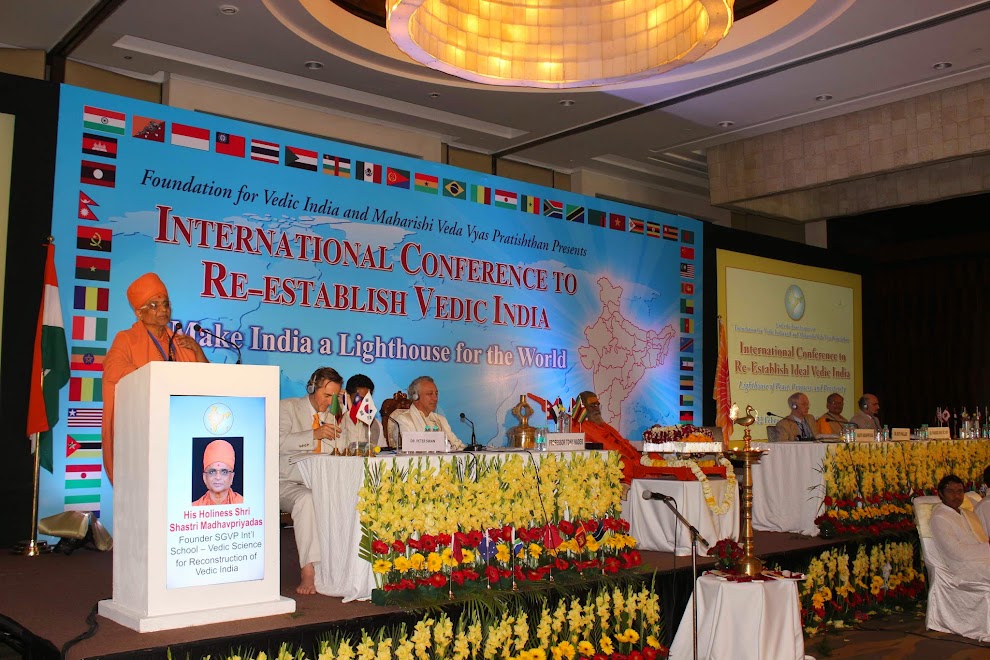 Foundation for Vedic India and Maharshi Veda Vyas Pratishthanam arranged an 'International Conference to Re-establish Vedic India'. Many prominent scientists and experts from the various countries were gathered together with the theme to make India a Lighthouse for the world. Sadguruvarya Shastri Shree Madhavpriyadasji Swami also attended the event on the invitation to present the views supporting the aims of this International conference.

A MOU was also signed between SGVP and Maharshi Veda Vyas Pratishthanam for the advanced research work on Vedas and Vedic science.